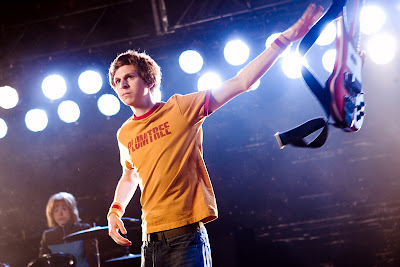 So, a pair of cool things just happened. First, an 11th hour special feature to the Scott Pilgrim screening tonight at the Mayfair (which happens in about 4 1/2 hours from now). A last minute guest will be in attendance, Catriona Strurton, who was in the band Plumtree, who wrote the song that inspired the comic to be named Scott Pilgrim. The band appears not only on the soundtrack (would seem weird if they didn't), but keep a look out for a Plumtree shirt on Michael Cera in the film. 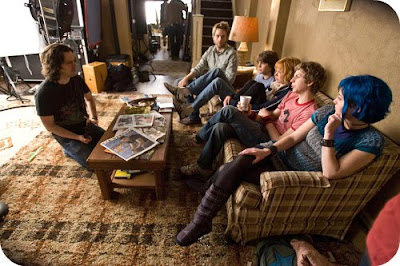 More geek coolness, Edgar Wright was kind enough to help spread the word about our screening via his Twitter account. So we've got prizes as per usual for Geek Nights, we have a special rock & roll guest (who's bringing a music video to show off), AND the guy who directed Shaun of the Dead wants you to come! What more could you possibly want to talk you into attending!?!
Posted by batturtle at 4:38 PM